By the end of May 2019, fifteen (15) SOS Children’s Villages Philippines beneficiaries will be finishing the 10-month Japanese class granted by Onocom Co. The scholars are provided quality Japanese classes for the opportunity to work in Japanese firms both in the Philippines and in Japan.

The fifteen students would be the first batch to graduate from the Onocco (literally translated as Ono School) which was built with the partnership between Onocom Co., Ltd. Japan (Onocom) and SOS Children’s Villages Philippines, signed on June 15, 2018. The Onocco is a project that’s made to provide education and vocational skill programs to children who lost parental care or whose families cannot afford education.

Jhalenn, one of the student beneficiaries, only has her mother to support their family. Her father died when she was six, leaving Jhalenn with her mother and her two siblings. With only one parent to provide for their needs, it was hard to get all of them to study in school, “that’s why I’m very thankful for the opportunity given to me to study in Onocco. This would help me secure my future and allow me to give back to my family,” she said.

Just like Jhalenn, Marjohn is thankful for the time he is spending in Onocco. Aside from the company of his fellow students, he appreciates the lessons that his teachers are imparting with him. “I learned how to communicate in conversational Japanese and how to write basic Hiragana, Katakana, and Kanji.” After graduation, Marjohn plans to use the knowledge and skills he has learned in applying for work in Japan.

The students were taught how to write and speak Japanese, and how to practice Japanese office etiquette making them job-ready for Japanese companies. By the end of the school year, the trainees will be able to reach at least N4 or Japanese Proficiency Level 4.

Graduates will soon be flying to Japan or will be working in various Japanese firms in the country. Vocational programs like Car Mechanic Course, Construction Worker Course, and Nurse/Caregiver Course will also be offered in Onocco to give more opportunities and career choices to more Filipino youth like Marjohn and Jhalenn. 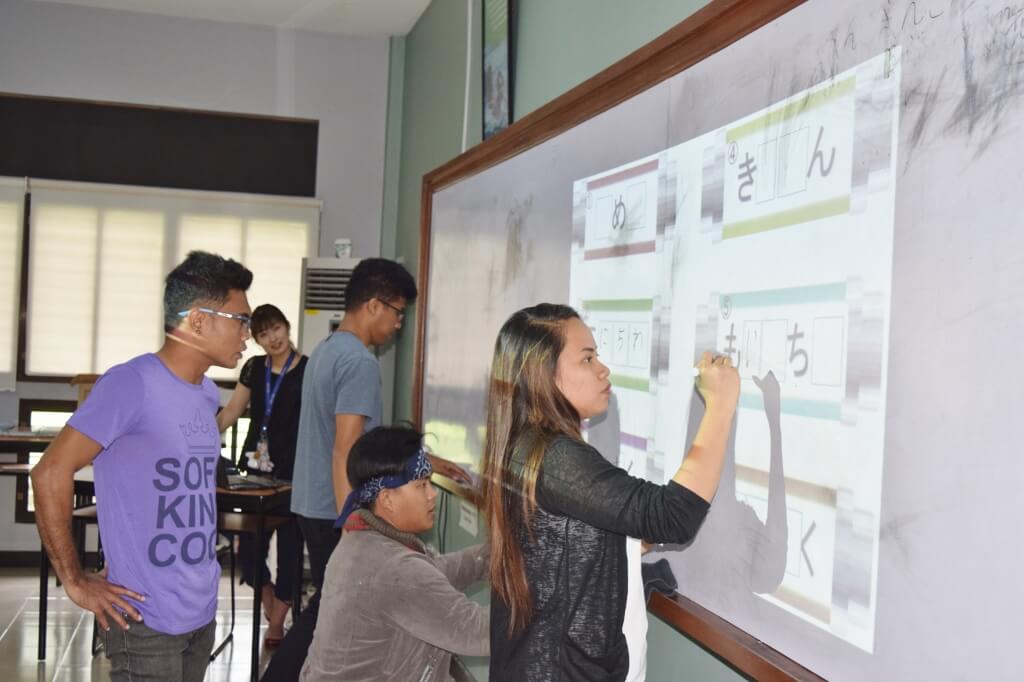